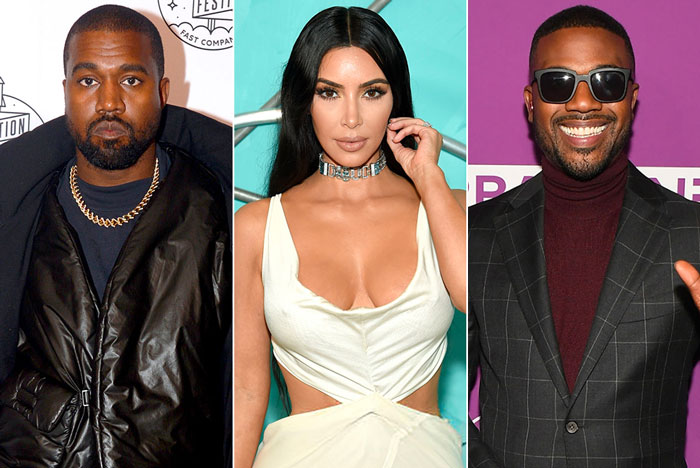 Wack 100 Ray J’s former manager, rocked the internet when he made claims on Bootleg Kev’s podcast interview, that there was a second unreleased sex tape of Kim Kardashian and Ray J.

Wack 100 claimed that he has in his possesion “part two” of their infamous video, which he described as “more graphic and better than the first one,” but Kim’s attorney has denied that such a tape exists. Wack even went on to say that he would give the the tape to Kanye West seeing that he is her estranged husband and father to Kim’s children.

However, Marty Singer Kim’s Lawyer Told Page Six “The claim that there is an unreleased sex tape is unequivocally false,” and “It is unfortunate that people make these statements to try and get their 15 minutes of fame.”

Ray J also blasted his former manager for claiming a second sex tape of him and ex Kim Kardashian exists calling it uncool in a recent Instagram comment.

However Wack100 wasn’t deterred claiming that he had his receipts in the form of a signed contract firing at the singer by way of IG Stories writing, “A message to @kimkardashian attorneys ask your client about ‘SANTA BARBARA’ & the signed deliverables for tape 1, 2 & 3 @rayj can’t control what I NOW control. “If I hear 15 minutes of fame again I’ll be forced to display the Signed CONTRACTS #TRYME.”

The initial sex tape was shot in October 2002 while Kim and her then-boyfriend Ray J were on vacation in Mexico. In 2007, adult film studio Vivid Entertainment paid a reported $1 million to acquire rights to the video, which launched Kim to fame and netted a reported $100 million.

During the “Keeping Up With the Kardashians” reunion in June, Kim admitted that her E! reality series would “probably not” have been as successful without the tape.