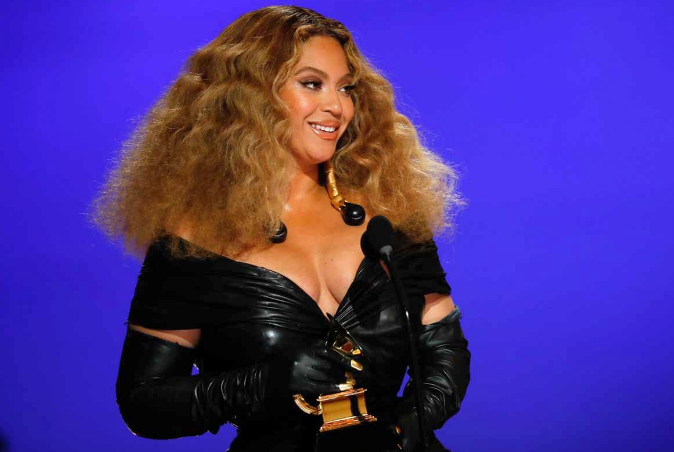 Beyoncé has set a new record at the Grammy Awards with her 28th win breaking the all-time record for most Grammy wins ever by a female artist or any singer male or female .

She has surpassed country Alison Krauss to become the most decorated female act in Grammy history.

“I am so honoured, I’m so excited,” she began her speech while accepting her record-breaking trophy, for best R&B performance for “Black Parade,” which was released on Juneteenth.. “As an artist I believe it’s my job, and all of our jobs, to reflect time and it’s been such a difficult time,” She went on to say she created the song to honor the “beautiful Black kings and queens” in the world. She added: “I have been working my whole life … This is such a magical night.”

Beyoncé is now tied with producer and multi-instrumentalist Quincy Jones for the second most Grammy wins. The late conductor Georg Solti is the most decorated Grammy winner with 31 wins.

Beyoncé really got a grammy for every day Black History Month ? pic.twitter.com/3SVpu1WroT

Album of the year went to Taylor Swift – Folklore

Song of the year went to H.E.R – I Can’t Breathe