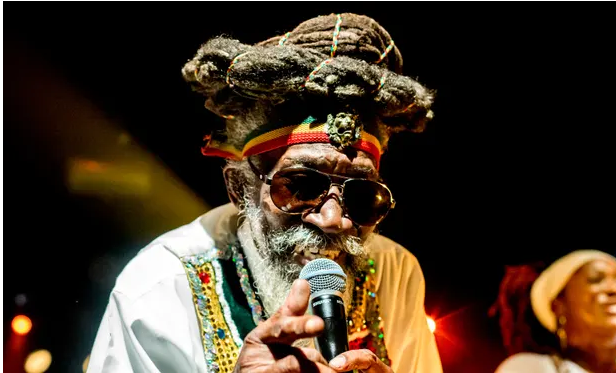 His cause of death is yet to be confirmed but it is reported that Wailer had been in and out of hospital since he sulfured a second stroke in July 2020.

Bunny Wailer whose given name is Neville O’Riley Livingston is one of the most iconic names in reggae music history. Born April 10th, 1947, in the Nine Mile district of Jamaica’s St. Ann Parish, Livingstone was a friend of Marley from a young age; following the death of Marley’s father, Norval, in 1955, Marley’s mother, Cedella, lived with Livingstone’s father, Thaddeus, in Trench Town, making Bunny and Bob near-stepbrothers. He was one of the founding member of The Wailers alongside members Bob Marley and Peter Tosh.

In 2017, the Jamaican Government awarded Bunny Wailer an Order of Merit, the country’s fourth highest honour. The Government again recognised his contribution to Jamaican music in February 2019 with a Reggae Gold Award.

Wailer is best known for songs like “Bald Head Jesus, “Crucial,” and “Cool Runnings.” His album Blackheart Man is still a staple in reggae music